In her introduction to Writing White, Martha Collins states, “I think we go a long way toward understanding why white poets don’t address racial issues more often when we acknowledge that it’s almost impossible for poets of color not to write from a racialized experience.”

Born in Omaha, Nebraska, Collins grew up with a keen understanding of censorship with her writing. In an interview with Michael Simms for Coal Hill Review in 2012, Collins stated that she “learned that I’m usually onto something when I hear the censor’s voice.” It is Collins’ ability to push past the mental censorship that was developed deep within her from parents and teachers, critics and society that has made her so successful as a writer who understands what it means to “write white.”

My first taste of Martha Collins came subtly, in the form of a book called Blue Front, a book of poems that took me by surprise. What unfolded in front of me was not “just a book of poems” but a fantastic artistic move in which Collins uses poetry to tell a story unlike any I have ever read. Collins brings us into a scene that is both horrific and raw and adds to it a reality that we often try not to talk about. She does not balk in the face of censorship, but instead, looks it right in the eye and says what she means to say and does so eloquently and passionately.

What Collins does is, as Chico State Creative Writing professor Jeanne Clark states, “engages questions of race in utterly harrowing, necessary and compelling ways.” A great example of her ability to “engage questions of race” can be seen in her book-length poem Blue Front (Graywolf, 2006) where Collins uses white space, historiography, fragmentation and interpretation to describe a lynching her father witnessed when he was only 5 years old. Her father was known for selling fruit in front of the Blue Front Restaurant in Cairo, Illinois, the town in which the lynching took place. The poems create a feeling of frenzy, chaos, hurriedness, and violence. It is done both simply and stunningly, pushing the limits of poetry by using evidence of postcard descriptions, the legal history of the event, and even Collins’ own speculation of what happened.

Collins’ ability to push censorship and art comes together in her work in a cohesive and deliberate form. In her poem “White Papers” she gives a stunning account of the issue of race with simple but raw statements like, “Because my father said yes/ but not in our lifetimes” and “Because among the crayons/ there was one called Flesh.” Her use of anaphora brings to light the arguments that have taken place for generations. Her use of language recreates the ways in which we have talked about race in the past and even what we may still talk about it in the future.

With three Pushcart Prizes, the Alice Fay Di Castagnola Award, a Lannan residency grant, the Laurence Goldstein Poetry Prize and many fellowships, it is hard to deny Collins dedication to her craft and importance as an American poet. Her most recent book, Admit one: An American Scrapbook (Pittsburgh, 2016) has been praised by Writer’s Chronicle for poetry that is stated to be “poised at the juncture between the lyric and ethics.” Her other works include Day Unto Day (Milkweed, 2014) and White Papers (Pitt Poetry Series, 2012). After attending Stanford University for her B.A. and then the University of Iowa for her Ph.D., Collins taught at the University of Massachusetts Boston where she founded the Creative Writing Program and for ten years was Pauline Delaney Professor of Creative Writing at Oberlin College, and is also editor-at-large for FIELD magazine.

Please join us for an exciting evening with Martha Collins, Tuesday at 7:30 pm in Colusa 100B. Thanks to contributions made by the Department of English and the College of Humanities and Fine Arts, Writer’s Voice readings are free and open to the public.

Watershed Review is pleased to announce our nominations for the 2016 Best of the Net anthology. Thank you to our contributors for the honor of featuring their work in the the Fall 2015 and Spring 2016 issues!

Nathan Slinker “In the Play, We Are Blossoms That Close Each Night” (Spring 2016): http://www.csuchico.edu/watershed/2016-spring/poetry/slinker-nathan.shtml

Clint Smith “Ode to the Only Black Kid in the Class” (Fall 2015): http://www.csuchico.edu/watershed/2015-fall/poetry/smith-clint.shtml

Good luck to our contributors! 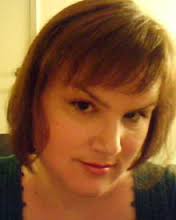 One of Valerie Fioravanti’s most recently published stories is “Loud Love,” winner of the inaugural Tillie Olsen Short Story Award and published in the July 2016 issue of The Tishman Review. This story is also part of Fioravanti’s second linked collection, Bridge & Tunnel.

“Loud Love” was a pleasure to read. The main character is a riot, endearingly imperfect and human, with a proclivity for hysterical honesty. All of the characterizations are complex and unique in a plot that keeps us engaged. The narrative tone in “Loud Love” is realistic and believable, with a tongue-in-cheek attitude that enfolds a story, not just entertaining, but meaningful as well.

Fioravanti is the author of the linked collection of short stories titled Garbage Night at the Opera, winner of the 2011 Sharat Chandra Prize for Short Fiction. Her published short stories have earned a total of six Pushcart Prize nominations and a Special Mention in Pushcart Prize XXVIII. Currently, Fioravanti lives in Sacramento, California, where she works primarily as a creative writing coach and leader of writing workshops.

Please join us for an exciting evening with Valerie Fioravanti, Thursday at 7:30 pm in Colusa 100B. Thanks to contributions made by the Department of English and the College of Humanities and Fine Arts, Writer’s Voice readings are free and open to the public.